What’s the elevator pitch for Realar?

You know how buying new real estate and land is hard? So at Realar we’re an Augmented Reality platform that drives sales and engagement for Real Estate. In fact, using our iPhone App, Land Owners and Property Developers are now able unleash selling through augmented reality and profit at lightning speed

AR and VR has been about for a few years, why is becoming such a big deal now?

Yes, 3D models and VR have been around for more than 20 years. AR a little less so. However companies like Apple and Google have been investing heavily in AR for the last few years. Apple in particular dropped ARKit (their technology) onto half a billion devices late last year. This basically means that, instead of needing hardware (think Xbox Kinect) or googles/headsets, now all you need is a regular smartphone with 10x stunning results!

What are the industries you feel are most suited to using AR in their marketing and sales?

For us it’s all about Real Estate which is why Keith (our cofounder) and I created Realar – an Augmented Reality platform designed exclusively for Real Estate. It made sense to us that the the biggest purchase decision on anyone’s life should be brought to life in Augmented Reality. Allowing customers to walkthrough properties in Augmented Reality is an absolute game changer. So Realar’s mission is about unleashing the magic of augmented reality in marketing so that teams can increase sales and engagement.

What’s going to be bigger? AR or VR? And why?

VR still needs gear like headsets and goggles. We’re backing AR because it’s now “baked in” to a smartphone so has the potential to become ubiquitous, or in other words seamlessly become part of our daily lives.

What are some of the ways that you can implement augmented reality in marketing?

We just love the way AR now can be accessed instantly from mobile. So in your fingertips and almost anywhere, users can experience 3D content in real time – that’s pretty amazing reach and of course it’s “digital” so customer engagement can then be reported back to sales teams. AR gives users real-life superpowers to view, explore and engage with the real world without expensive and super geeky goggles. AR on a smartphone also unlocks the benefits of things like location-based data and delivery of contextually relevant content. 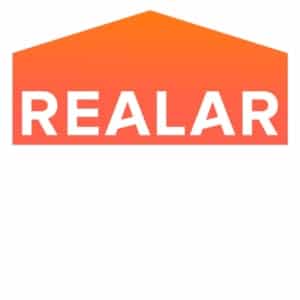 What are the dangers/problems of companies starting to use AR in their client engagement?

AR is a totally nascent technology and we’re yet to see a “killer app”. Pokemon Go, which was before Apple launched (their AR technology) ARKit, was huge most of the AR stuff we’re seeing is around gaming or a bit gimmicky. Realar however is absolutely focused on practical applications so the challenge is communicating the benefits of AR in really simple way. But then when anyone sees or uses the App in in action, they instantly say “Wow!’ and get it.

How did Realar come about and what’s the problem it’s solving?

It’s hard to sell land and new real estate to inexperienced home buyers. First time home buyers, with expensive mortgages, often baulk when buying off-the-plan. It’s a totally emotional decision that hinges on imagery presented in 2D and ‘generic’ highly-spec’ed Display Homes. We want to help Home Builders and Land Developers connect with their buyers by showing properties in real-time and on the actual site they want to buy.

Buyers get super excited when they can see the actual view from their living room and understand better things like the size of a bedroom, bathroom or garden. Realar is now live, so even more exciting is the next step where Realar will be to truly be a marketplace of architecturally designed homes at project home prices!

How do you think the whole industry will evolve in the next 10 years?

As Bill Gates said, we tend to overestimate technology change in the next 2 years and underestimate the next 10. Changes in Real Estate are already happening – just look the meteoric rise of AirBnB – this is only the beginning of augmented reality in marketing and of “PropTech” disruption. I guarantee it will look nothing like it does today.

Within our strategy of delivering effective digital strategies for clients, one of the tactics we’ve recommended is video. Here are some examples.

Technical factors can have a massive impact on website speed, which affects your bottom line.

The best social strategies are fresh, creative, and diverse. This formula is what gets your campaign results online. This needs a constant source of new ideas to keep it ticking along, but what do you do when inspiration has run dry? Once you’re feeling inspired, you need to create stellar social posts that get results. Check out these essential tips on how to create social media posts that result in customers