Do I Care What Facebook Does With My Data?

I used to not really care what happened to my Facebook data, or much of my data.

And by ‘data’ I mean the soft data that I pump into Facebook almost every day. Personal things like where I’ve been, what I’ve been doing, who I’ve been with and so on.

I obviously care about the hard data – as I’m sure we all do. Birthday, home address, bank details and all those things that people could use to steal your identity. That should be protected and used sparingly.

But for years, I’ve given very little thought to everything else because….well….because I figured, who gives a shit? What are Facebook, Google or anyone else going to do with the information about what I’m having for dinner? Or what park I’ve taken my son to on Saturday afternoon?

Well, now my thoughts are starting to change. And I’ll use an example as to why.

I’ve been discussing this year about whether this (Australian) winter, I make the journey to the UK to visit my family and take a holiday in Spain, or we do something simpler and take a week or so in Bali. Fairly simple options.

Now I’ve been Googling holidays and flights, mainly to the Bali destinations as I’m more familiar with the costs associated with going back to the UK. 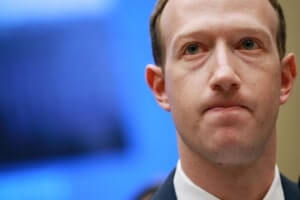 And of course, the remarketing through Facebook is kicking in and I’m being exposed to ads for travel agencies, flights, other holiday destinations and so on.

The question I then find myself asking is ‘how is the influence that Facebook is exerting on me, affecting my long-term decision as to which travel option to take?’ And what if that decision IS influenced by Facebook is to the detriment of either me or my family? What if, comparing like-for-like, the best decision for me personally and my welfare, is to go back to the UK and spend time with my family? But instead, the influence of Facebook subconsciously pushes me to going to Bali because commercially that’s a better result for its advertisers.

Isn’t that how all advertising works? Adverting is designed to manipulate us into buying one product over another, and in many cases, buying a product we didn’t even know we needed.

The difference with Facebook data advertising versus, say, a billboard or TV advert is the grip it has over your attention on a day-by-day basis. It’s burrowed in as a core part of your communication, and now those messages that might be easy to ignore on a billboard or a TV screen, are embedding themselves in your subconscious, largely without your knowledge.

There’s a scene in the film ‘Now You See Me’ where using ‘real life’ influence, the team of magicians convince someone to take a holiday in Las Vegas. The detail and effort needed to do that is quite significant but for Facebook, it’s just an algorithm and it’s done with ease. The consequences in ‘Now You See Me‘ aren’t extreme – it’s just a holiday. (Unless of course the character in the film had a gambling problem and then it’s a whole different issue.) 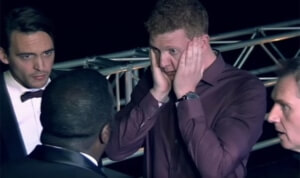 But it can get more extreme. What Facebook can do is little different to what Derren Brown does in his Netflix show ‘The Push‘. In this show, Brown manipulates people into (eventually) pushing someone off the roof of a building. That might sound exaggerated but (no spoilers here) the steps he takes aren’t as different as those of the film. If Derren Brown can persuade someone to commit murder, how far could Facebook go?

Obviously they’re not going to go that far. (We hope). But how far is too far? And who determines that?

It’s very easy to wave away issues with a ‘who cares if someone knows what I eat’ or ‘which pub I go to’, but then how would you feel if you’d been told what to eat for the past 30 days? Your Facebook data might be banal to you but to an advertiser wanting to manipulate you into a purchase decision against your better interests, it’s gold.

If you still don’t think that’s any of this is a problem, then perhaps you deserve to be manipulated.

“When you know what a man wants you know who he is, and how to move him.” George R.R. Martin

Want to put your Facebook ad management in the hands of experts? We build our reputation on creating Facebook ads that convert. So, if you’re looking to drive more phone enquiries through to your sales staff, we can come up with a solution that works. Contact us here to see how we can help with Facebook lead generation today.

Generating visitors to your website can be a frustratingly difficult objective for your business to achieve. With browsers flooding search engines like Google, it’s getting harder and harder to stand out from the digital crowd – especially if you’re a small business. The hard truth is: Lead generation is the lifeblood of any business. If […]

5 Reasons Why Your Website Sucks, Loses You Sales & How To Fix It

Your website has a huge impact on your brand and revenue. After all, it’s your most important salesperson.

While co-writing a report for one of our top client, I reflected on the characteristics of our most successful clients.

Here is our bullet point guide on everything you need to know about video SEO.